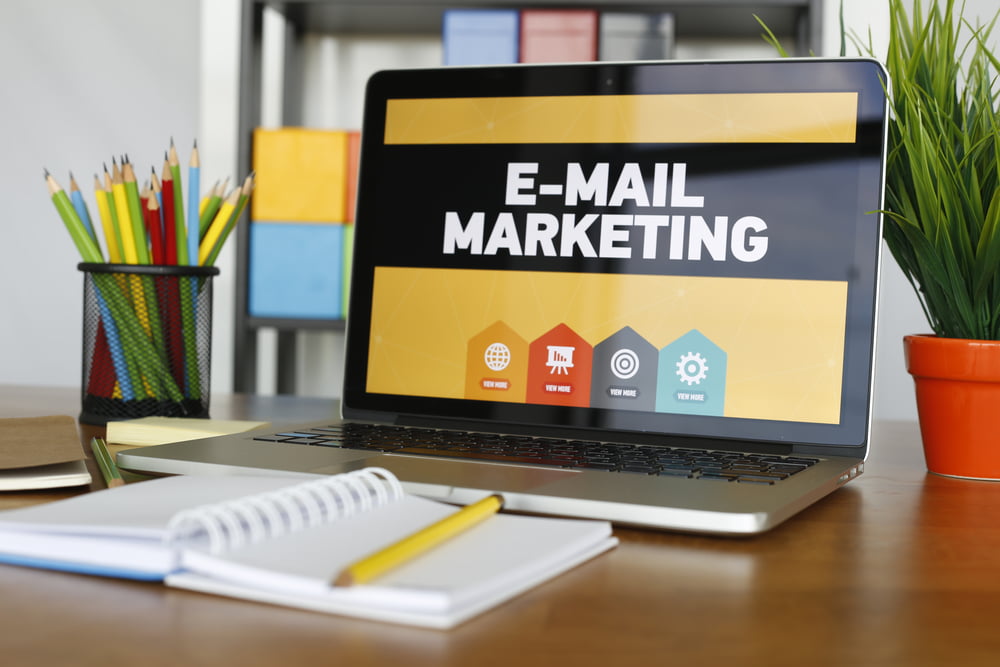 Sending emails on Monday mornings to achieve the greatest reach? An infographic gets to the bottom of these and other e-mail marketing myths.

Do you think commercial emails are best sent on Monday mornings and include the word FREE in the subject line so that the recipient can read them? Then you should take a closer look at the Email Monks infographic, which clears up the 15 most common myths because email marketing works differently for different brands and industries. So that your readers stay loyal to you in the future, we have summarized the most intriguing myths here.

Nine myths in email marketing at a glance

1. The younger generation is more focused on mobile and tablets, which is why email marketers should focus more on them.

According to a Hubspot study, tablets are most commonly used in the 30-44 age group. Moreover, the Guardian found that the use has increased from tablets in an age group 65 to 74 within a year by 12 per cent. Tablets are therefore not mainly attributable to Generation “Y” but are used far more frequently by middle-aged people and increasingly by older target groups. In contrast, people under the age of 25 tend to prefer text messages to emails.

2. New or existing customer – it doesn’t matter, everyone gets the same email!

Not correct. According to strategy consultancy Bain, existing customers spend 67 per cent more time with emails than new customers. A further study by Econsultancy also showed that existing customers generate three times more sales than new customers. Email marketers should, therefore, distinguish very precisely what type of customer the recipient is and align their campaigns accordingly.

3. Readers who subscribe and stay in my newsletter are the most loyal of their kind.

Sometimes long-time users are not what you think of them. Often, users subscribe to your email distribution list for the simple reason that you are giving them access to premium content as an incentive. The others have changed jobs, and some have closed their email accounts without logging out first. And some don’t necessarily want to read anything from you, even if they have been on the list for a long time. Users’ preferences often change over time, as a result of which they could see your emails as spam in the meantime. Distribution lists should be checked annually to ensure that they are up to date, as they do not have a much longer half-life.

4. The subject line is the key to the success of my email marketing campaign!

Almost correct. The subject line is also relevant, no question. But what is much more likely to open your email is the name of the sender.

If you have a large number of readers, you have to combine many different interests. The interest of all readers, or at least covering most of them, is a tightrope walk. According to a study by Blue Hornet, you motivate 80.1 per cent of your readers to open your emails with discount campaigns or special offers.

6. Pictures are better than text

Imagery is more precise than plain text; that’s true. It is also true that, according to Hubspot, emails without images have a CTR that is one per cent higher than emails with pictures.

Most e-mail clients have already blocked images in e-mails in their basic settings.

Studies by Alchemy Worx show that an increase from one to four advertising emails per month not only doubles the opening rate but can also increase sales by up to 11 per cent. A further study by Hubspot on this topic has shown that a newsletter frequency of four to five emails per month even leads to a falling unsubscribe rate.

8. Mondays and Tuesdays are the best days of the week to send email

According to a study of marketing charts, the opening rates are almost the same on every weekday. With 8.5 per cent, only Sunday falls out of line, which is most likely due to the miserable day itself. The remaining open rates are between 9.4 per cent and 10.7 per cent.

9. The best and only time to send emails is in the morning!

Everyone has to try it out for themselves. However, according to Retention Science, many users are most active later in the day, whereas they mostly receive their newsletters and promotional emails in the morning until noon.

You can find these and other interesting myths about email marketing in detail on the Email Monks infographic .

Another blog post is live! Check link in bio.

Simply by being on social media sites does not nec

Na reason why everybody Dey do influencer work these days.

When someone calls you “the law” but your take home that month is 9k.

Subscribe to our weekly newsletter below and never miss the latest product or an exclusive offer.